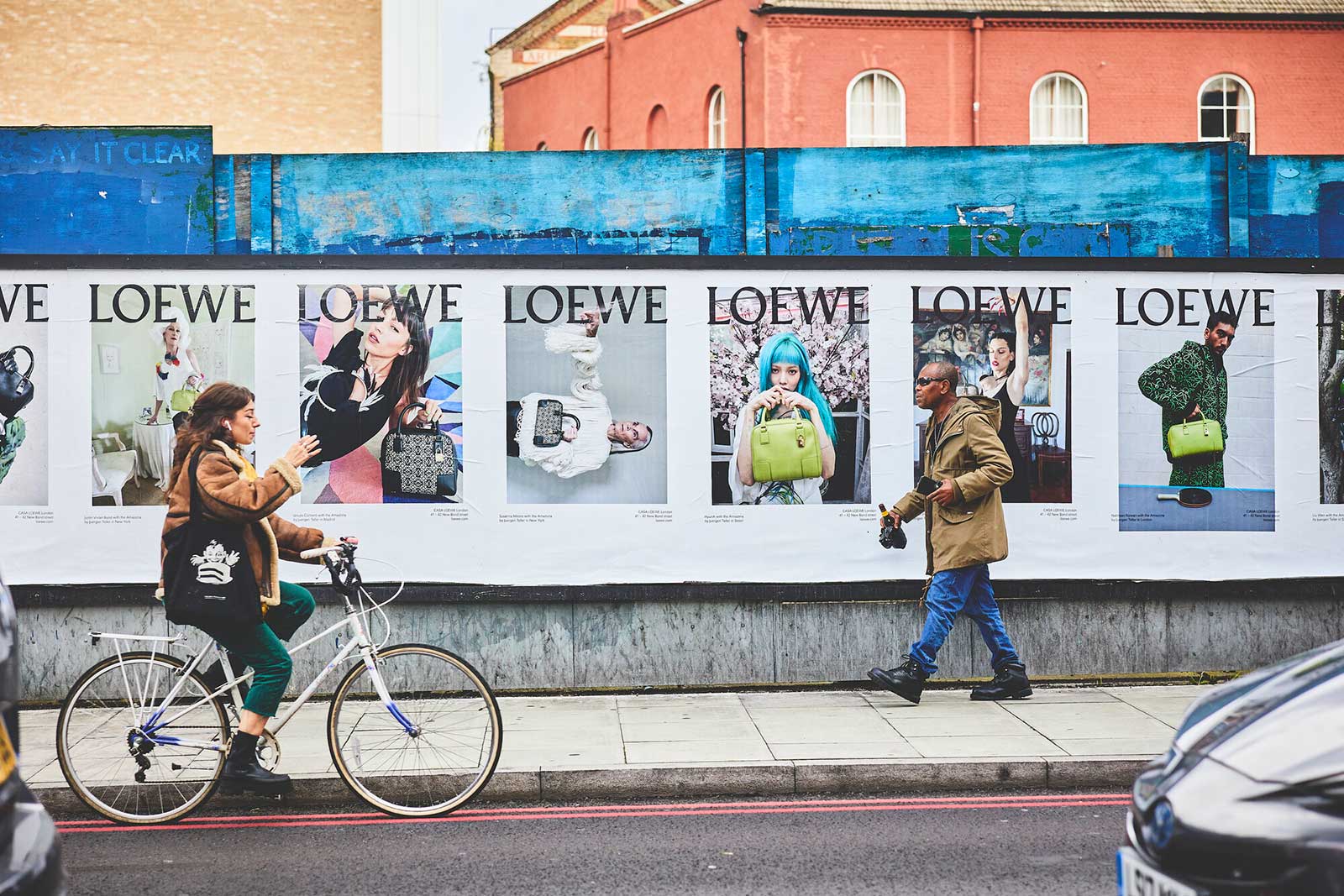 Iconic fashion powerhouse Loewe have an impressive history stretching across three centuries, with their previous clientele including some of Hollywood’s biggest stars, literary greats, and the Royal Household of Spain. Their reputation for incredible leather goods and craftsmanship has persisted through to today, where they sit as much at the forefront of style as they did in decades previous.

Originally launched in 1975, the Amazona is an iconic silhouette from the Loewe archive – which is now being rereleased with a helping hand from none other than Juergen Teller. In a campaign that evokes all the grit, authenticity and wit of his own trademark aesthetic, the Amazona’s refreshed feel has been brought to life with a host of faces from the arts and culture world, including Gillian Anderson, Arca, Justin Vivian Bond, Tracee Ellis, Nabhaan Rizwan and Liu Wen.

We worked with Loewe to bring the renewed Amazona to the streets of London, with takeovers and billboards showcasing Teller’s kaleidoscopic creatives in taste-making areas of north and east London. “With a message of independence and inclusivity” in a campaign “that spans culture and identity”, it facilitated a street-side reinvention for the fashion house that keeps on giving. 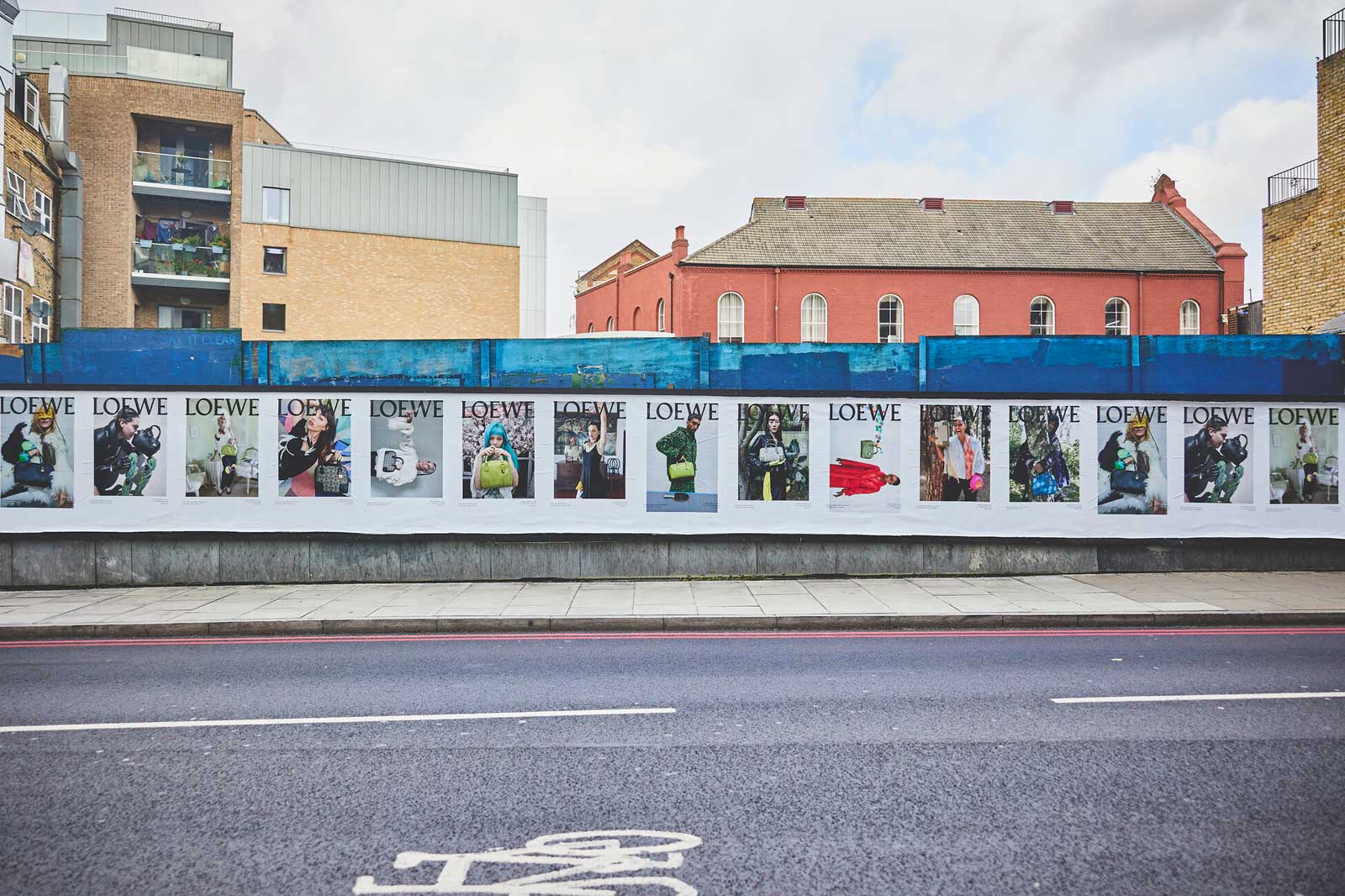 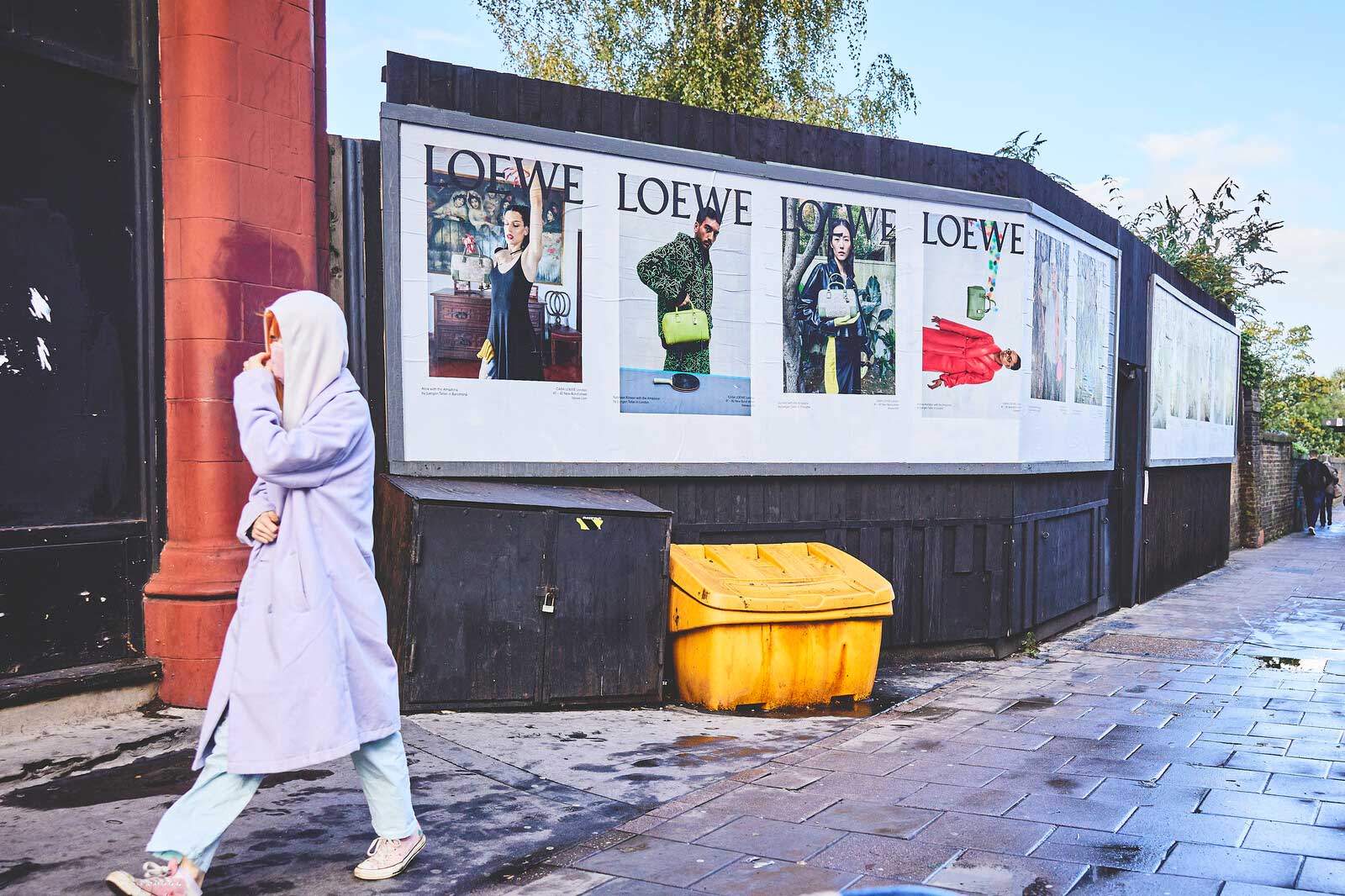 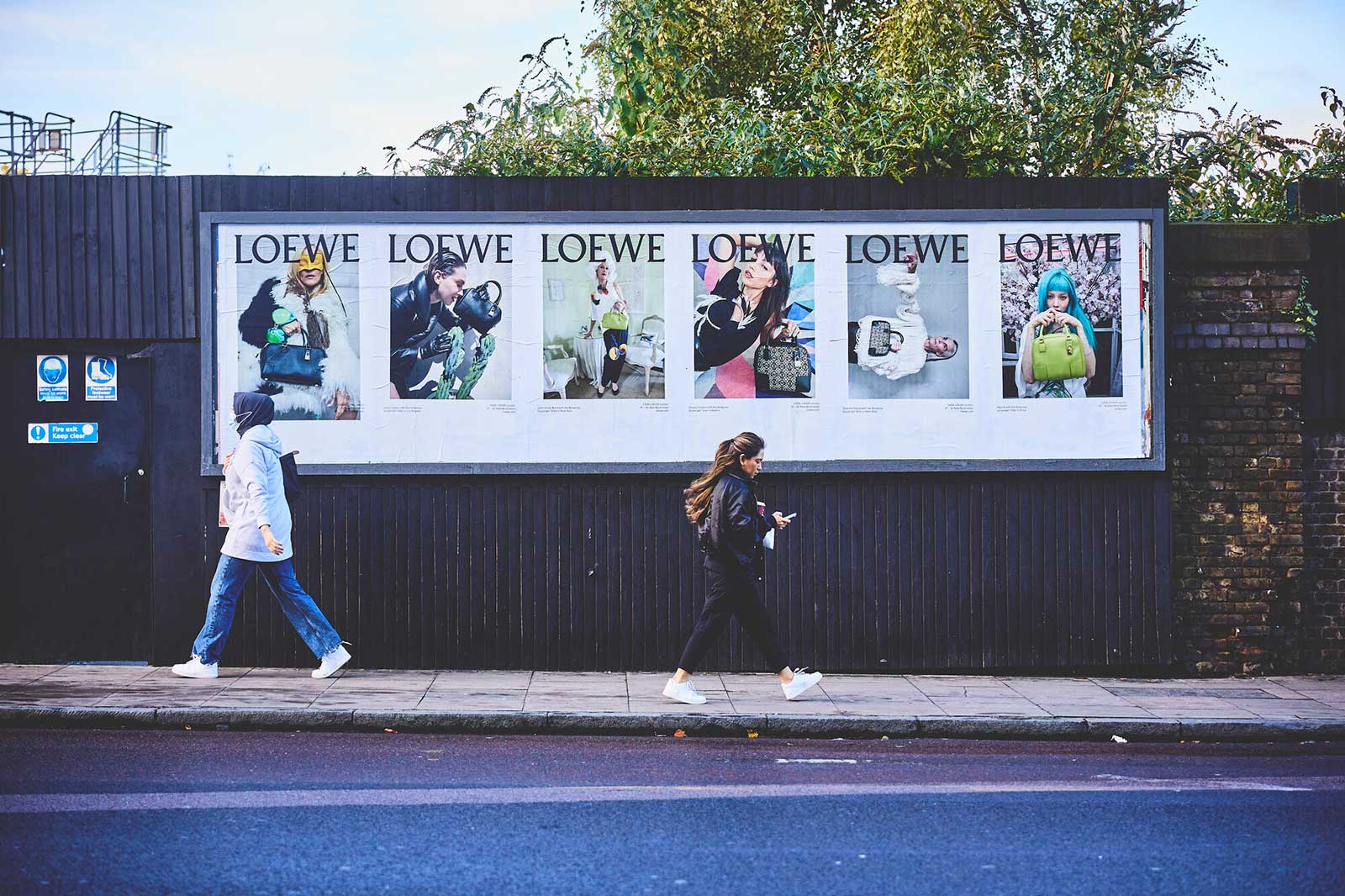 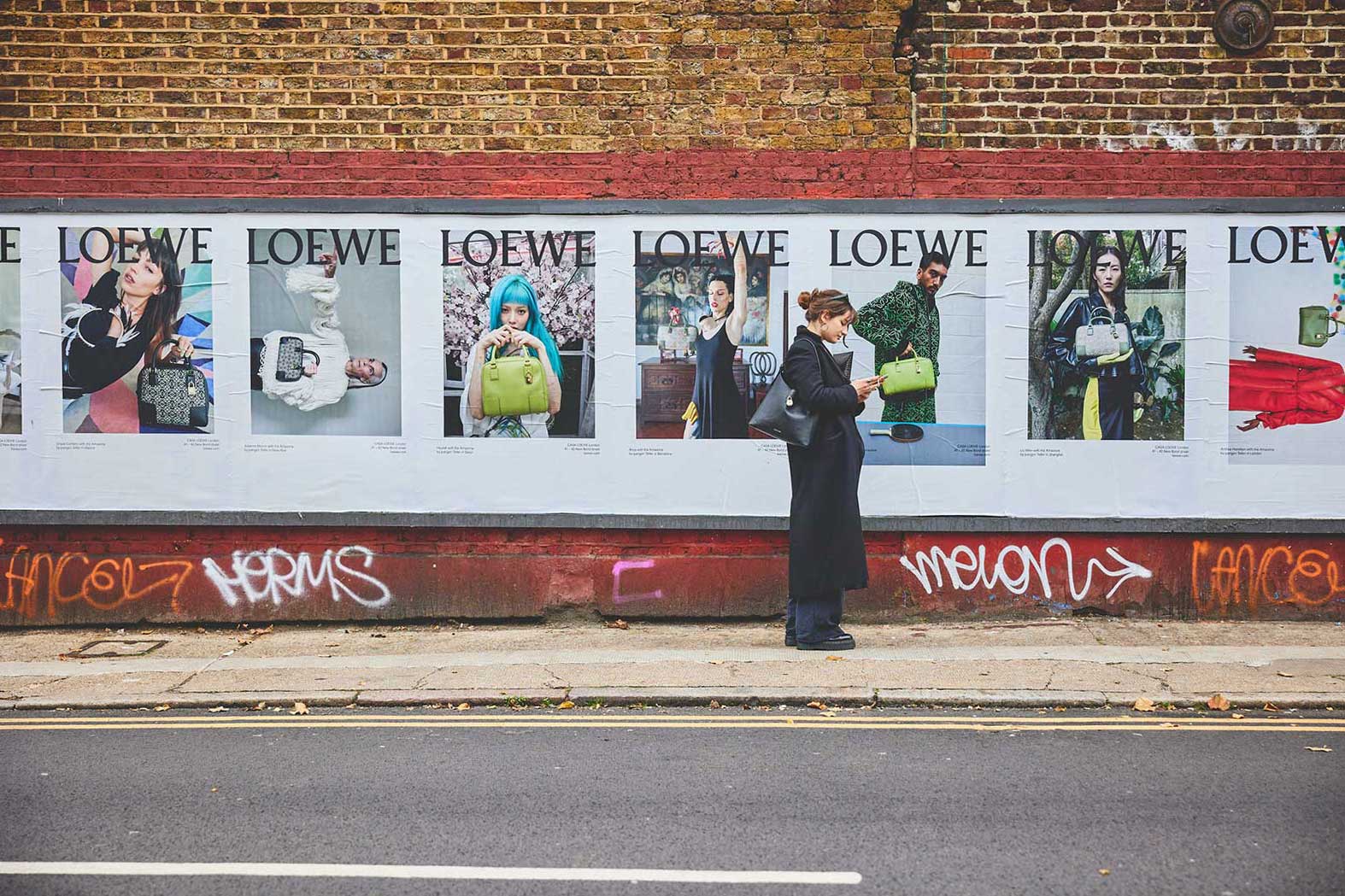 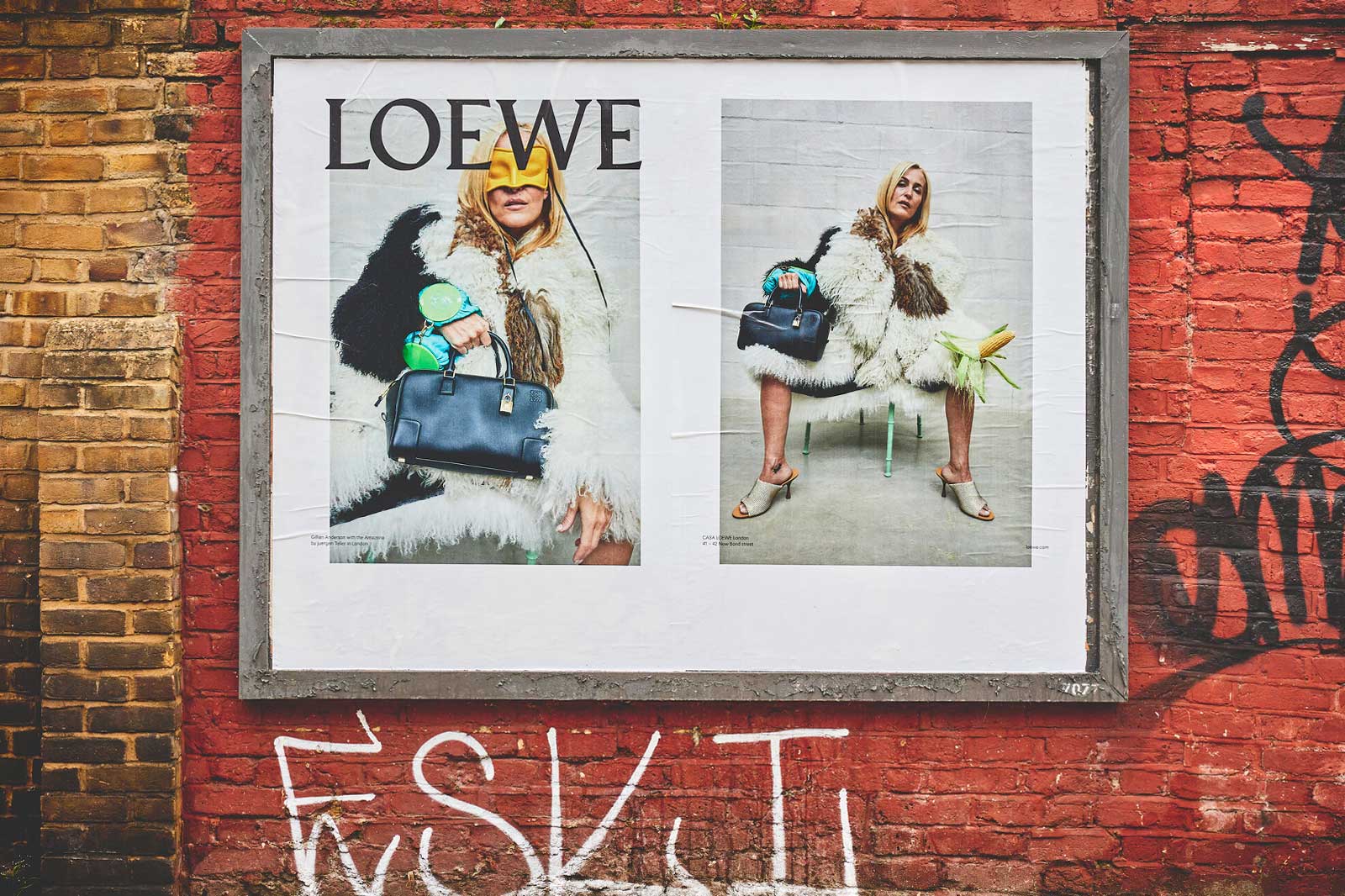 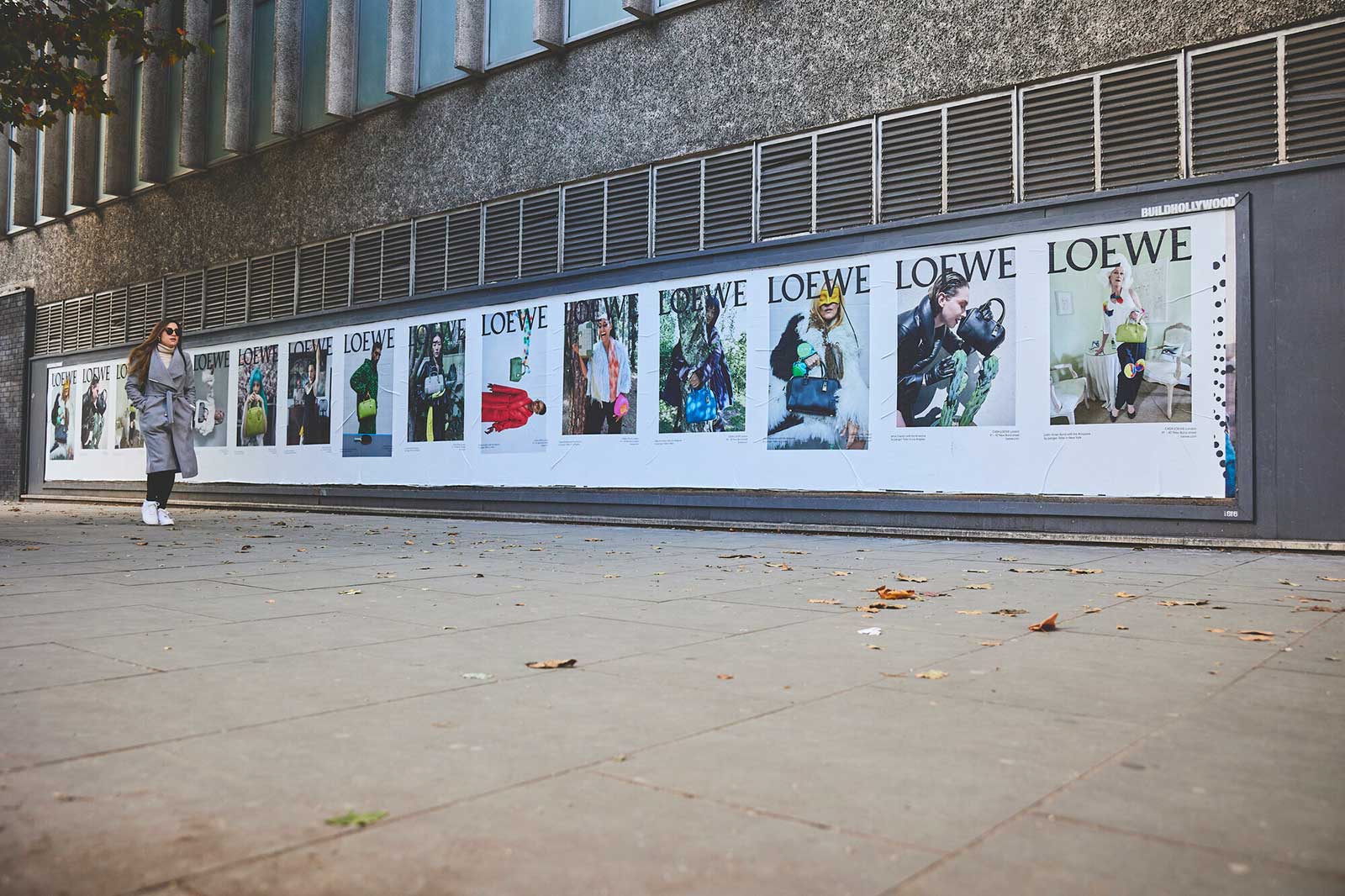 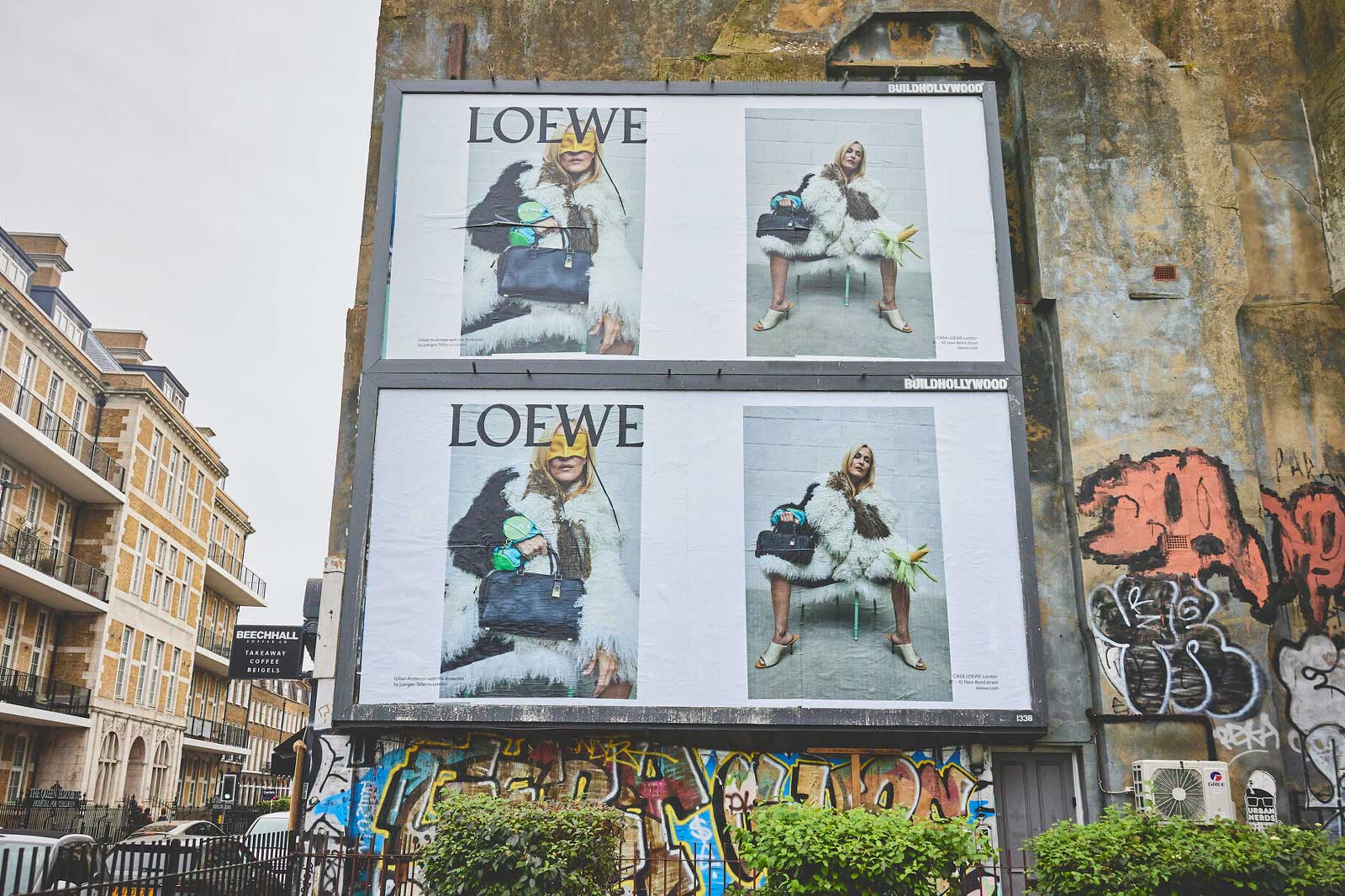 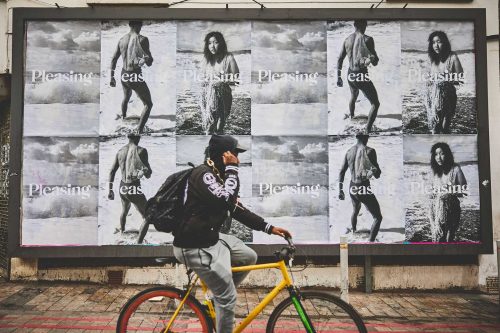