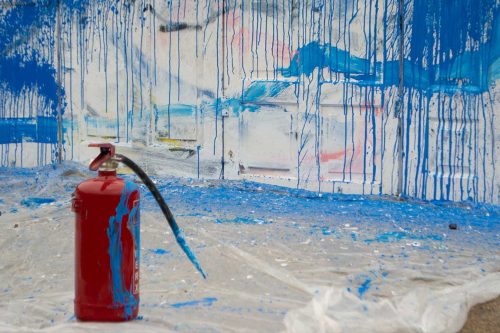 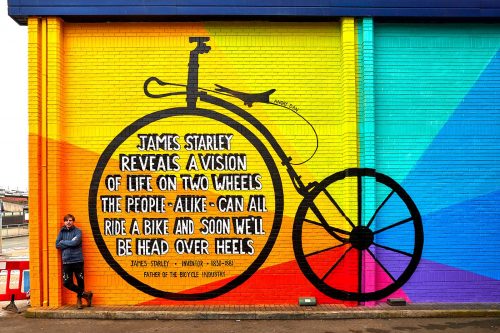 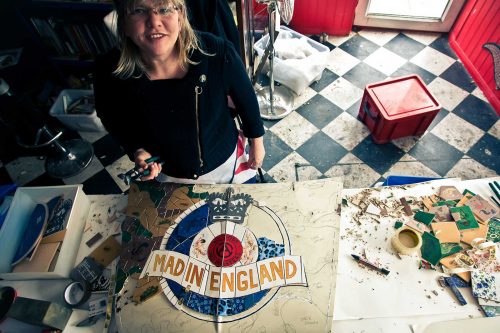 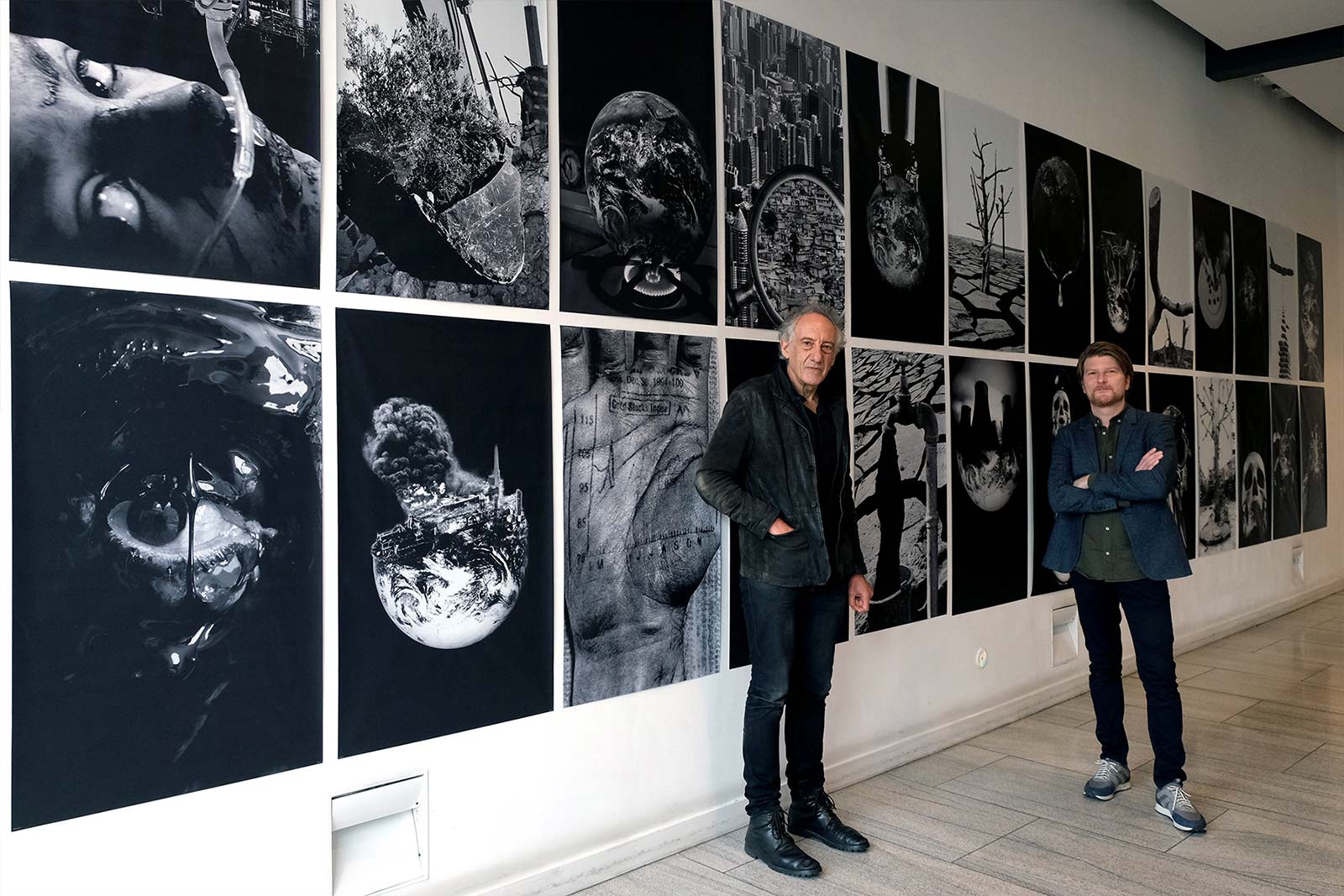 CODE RED is a print installation featuring 28 stark monochrome artworks by Peter Kennard for Street Level Photoworks, presented at Gallery 103 in Glasgow to coincide with the 2021 UN Climate Change Conference.

Impassioned, ambitious and furious, this extensive series of montages is bookended by images featuring black military style watch dials. ‘Past Midnight’ opens the show, economically apprising viewers as to the parlous state the planet and humankind finds itself in. Its watch hands mounted on a WW2 gas mask are nuclear missiles. The time reads 5 past midnight.

In August 2021 the Intergovernmental Panel on Climate Change published a report prepared by 234 scientists across 66 countries warning that human activity has resulted in atmospheric CO2 concentrations that are higher than any time in the past 2 million years. The United Nations Secretary-General António Guterres said the IPCC report was the ‘code red for humanity, the alarm bells are deafening and the evidence irrefutable’.

In the final image of the CODE RED series the watch dial this time is an image taken by Apollo astronauts in 1972. It shows planet earth as a whole, swathed in its diaphanous, swirling, life giving atmosphere. A hand reaches into the image frame, it’s holding onto a cord attached to the minute hand. The concluding work’s title ‘Pull Back’ reads both as a command and a desperate plea. 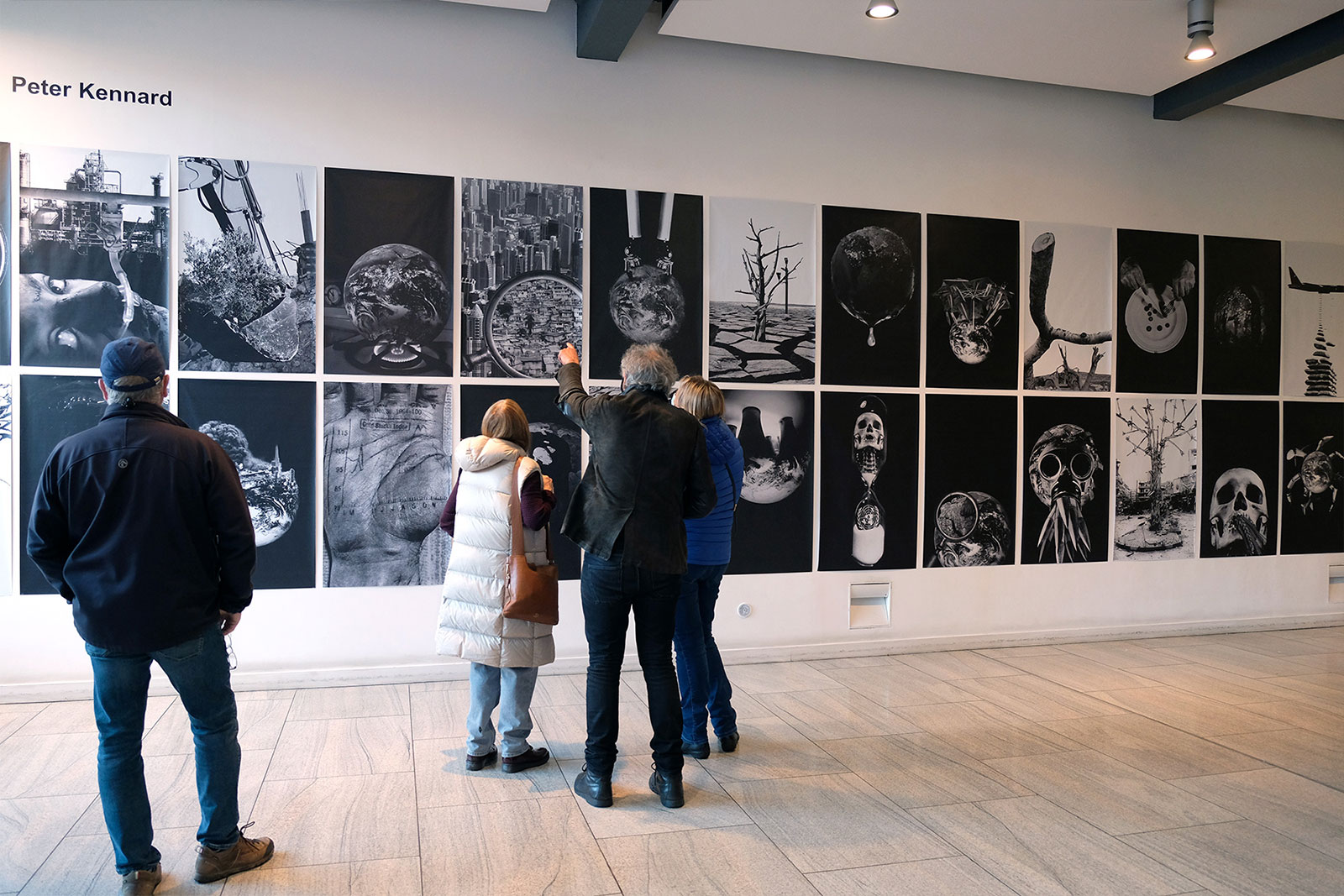 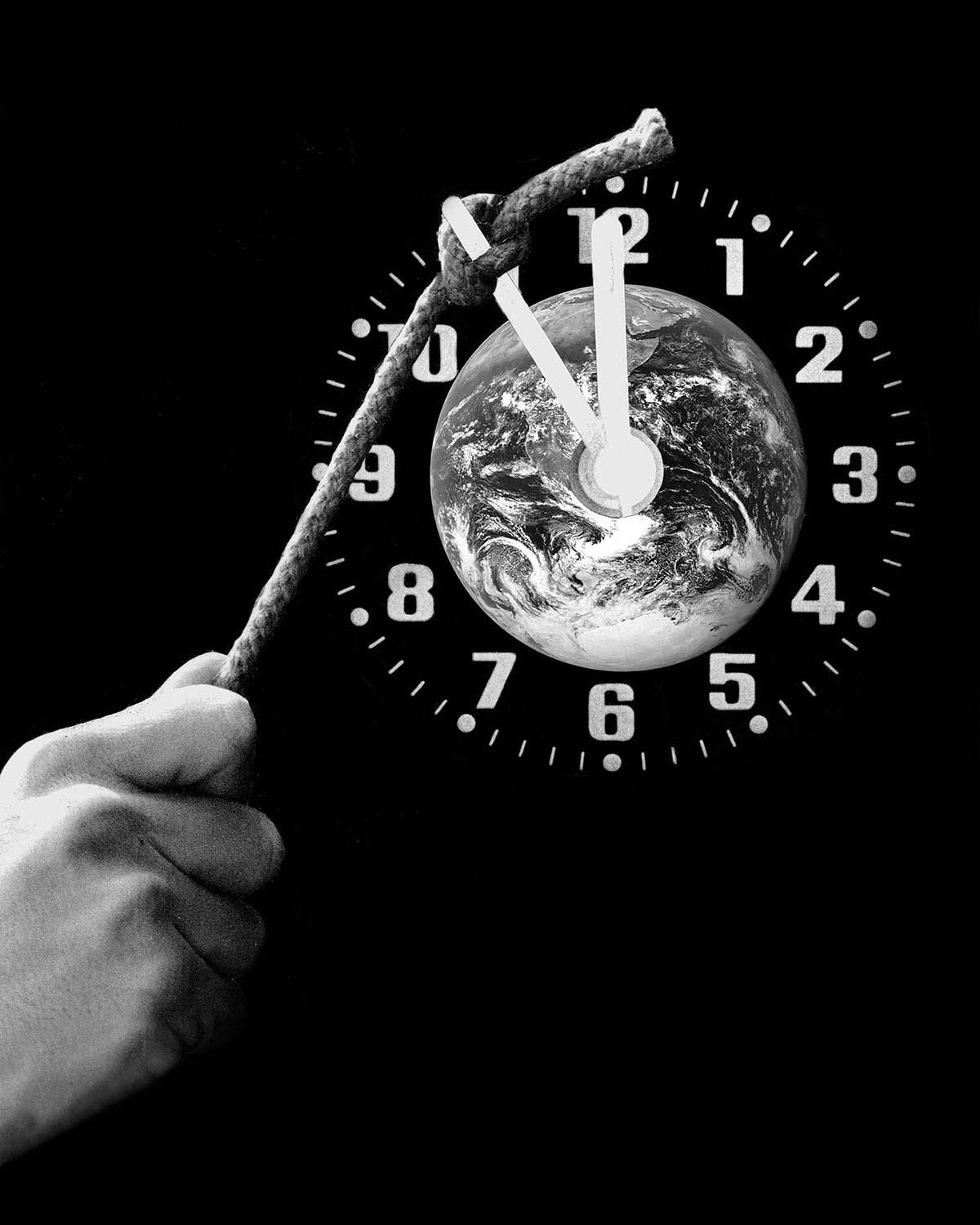 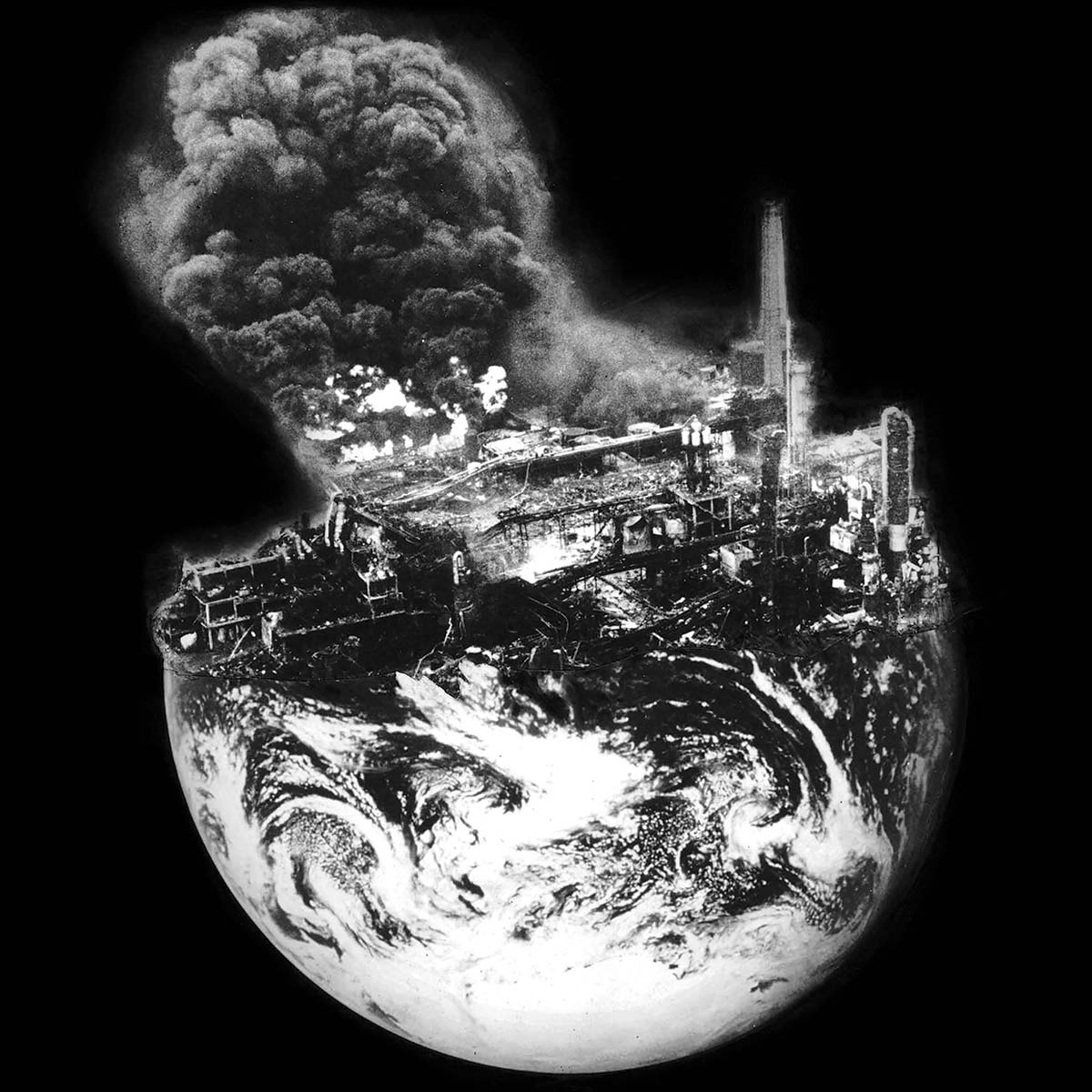 Peter Kennard is renowned for creating images that address the threat a global arms race poses to humanity. CODE RED takes us on a tour of similarly apocalyptic hazards, terminal perils of our own making. There are right now ever more frequent: heatwaves, extreme precipitation events, wildfires, crop failures… All ecological and human tragedies that governments worldwide seem in practice very slow to address with effective conviction.

Perhaps the only way for everyone to realise the desperate straits we’re in is to imagine the fate not just of a dying planet but the impact on humans world-wide. In the developed, wealthier countries, some blinkered individuals imagine that it’s other places, other people who will bear the brunt of the climate catastrophe. What isn’t so often borne in mind is that imminent physical change: sea levels rising, lands becoming uninhabitable through temperature change and/or pollution, loss of bio-diversity… All these events will result in the huge displacement of great swathes of the population around the globe. Maybe some countries will be able to absorb people internally but more likely we’ll see a huge rise in the international movement of climate refugees. An unpredictable and desperate global migration of millions fleeing disasters that are the direct result of boneheaded, or worse, cynical human (in)activity.

The threat to what we think of as progressive countries and political systems is immeasurable. It you think teeming refugee camps, irregular migration, suffering and misery caused by, say, the Syrian conflict and other wars across the world is disastrous then know now that these will be dwarfed by the direct and knock on effects of climate change. 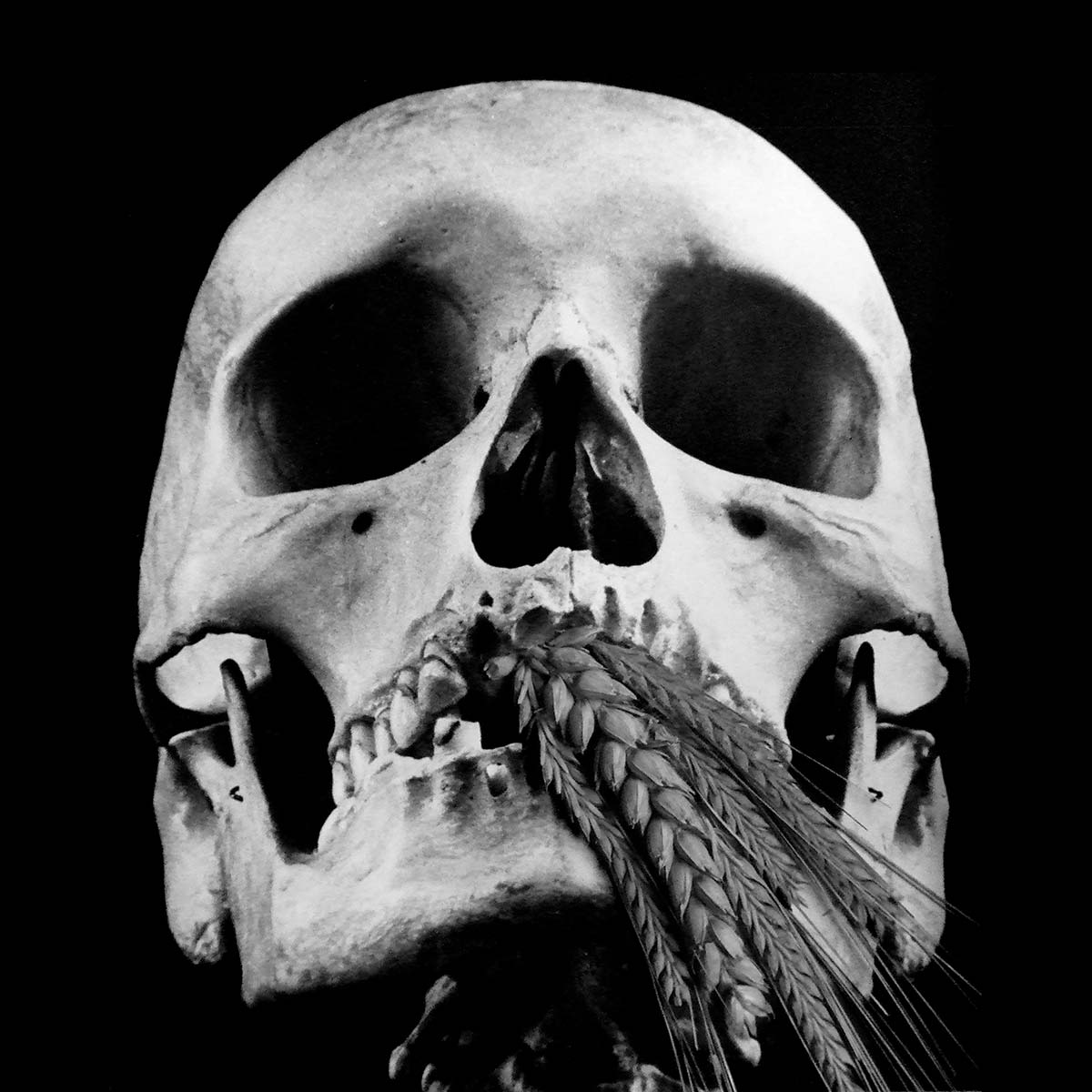 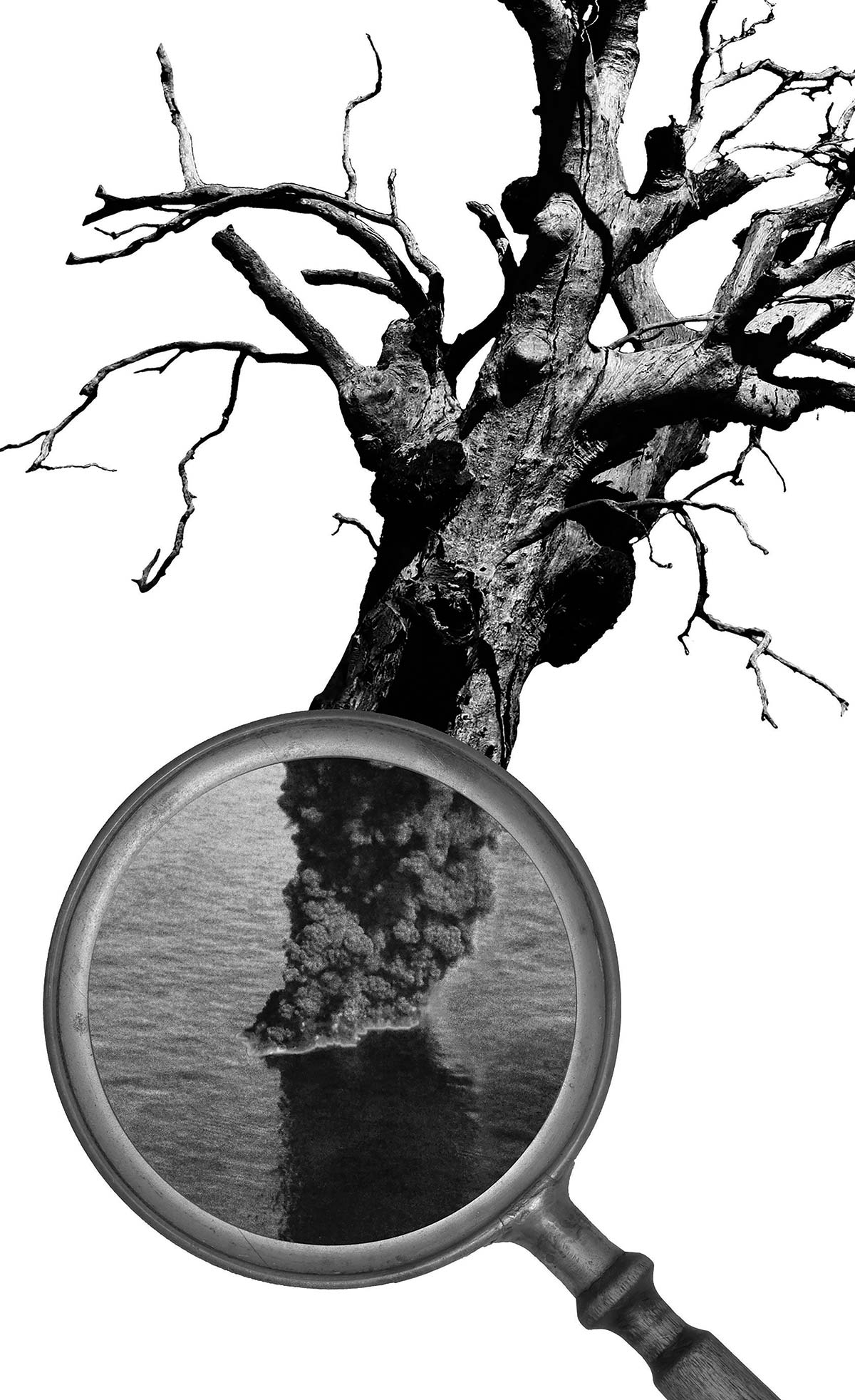 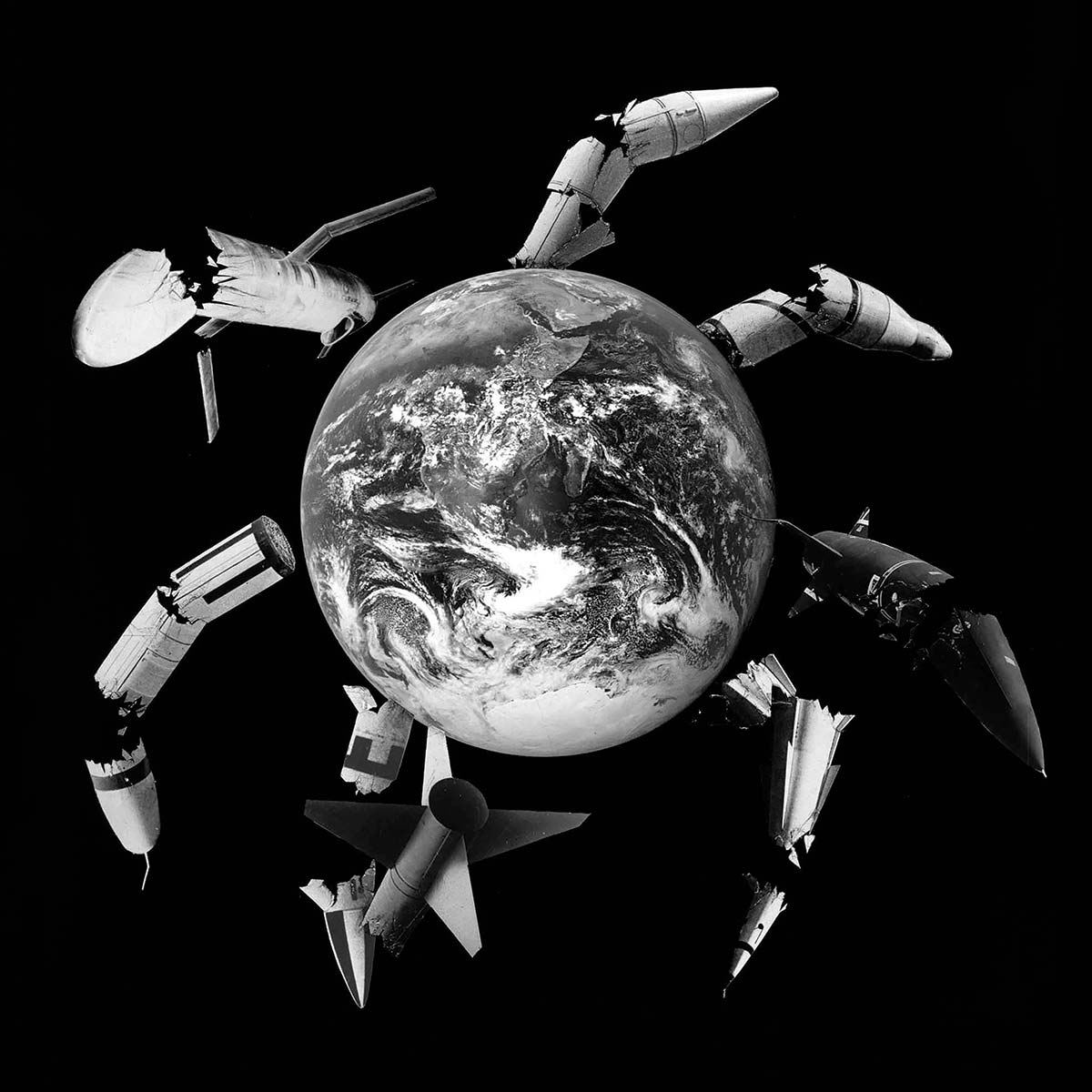 The titles of Kennard’s CODE RED suite of prints afford laconic pointers to key concerns: ‘Drip Feed’, ‘Dug Up’, ‘Burning’, ‘Hidden’… The imagery then goes further, deeper. The individual works are just as blunt, sparse, but they each perform the visual equivalent of a punch to the solar plexus.

‘Drip Feed’ deploys scale and contrast: a close-up of a stricken, bloodied face with a nasal cannula fed by a crude oil pipeline and the background chocka with mega refinery architecture.

‘Dug Up’ features a huge mechanical digger scooping up the last clump of flora in its bucket, leaving only concrete debris behind and high tensile pillar reinforcement bars jutting at an angle into the sky, lending the work a dynamic, constructivist urgency.

‘Burning’ epitomises Kennard’s brevity but also a caustic wit of sorts, an image of the globe being roasted on a flaming gas hob brings to mind what happens to the skin of aubergines after 20 mins of being cooked this way. Is the earth’s surface headed toward a similarly flaking, brittle and charred fate?

‘Hidden’ literally magnifies the human cost attendant on the pursuit of disaster capitalism: millions of the world’s poor are servicing the shining, soaring neo-liberal facades proliferating across the globe for scant reward.

All twenty-eight CODE RED prints each in their own way address urgent existential political, ecological and social issues but seen as a whole they denote a much expanded and sobering malaise, namely the cruel illusion of ‘historical progress’ under freewheeling crony capitalism. Literary critic and philosopher Walter Benjamin hoped that an ‘Angel of History’ would one day ‘awaken the dead and make whole what has been smashed.’ But a storm irresistibly propels the angel into a future to which its back is turned, while the pile of debris before him grows skyward. Benjamin was in no doubt, ‘This storm is what we call progress.’

There are no angels but Kennard’s exhibition of works presented in Glasgow to coincide with the 2021 COP26 summit afford a similarly aggrieved witness to the accelerated carnage being visited on our precious planet. Prospects are decidedly bleak, ignoring that reality would be like seeing the colour black in Kennard’s prints as the rosiest of rosy pinks. But, in effect, that’s what governments the world over are tending to do with their weak, hollow promises of ‘mitigating damage’. None are really putting the climate recovery first. That would entail transforming the energy, transport and infrastructure comprehensively into green sectors of the local/global economy.

Kennard’s CODE RED couldn’t be clearer. Unless we pull that minute hand back from midnight – which means pursuing ways of not just limiting but reversing damage and addressing the macro/micro effects of the climate crisis cooperatively, globally, emphatically and honestly – then the prospects for our children’s future on earth are grim. 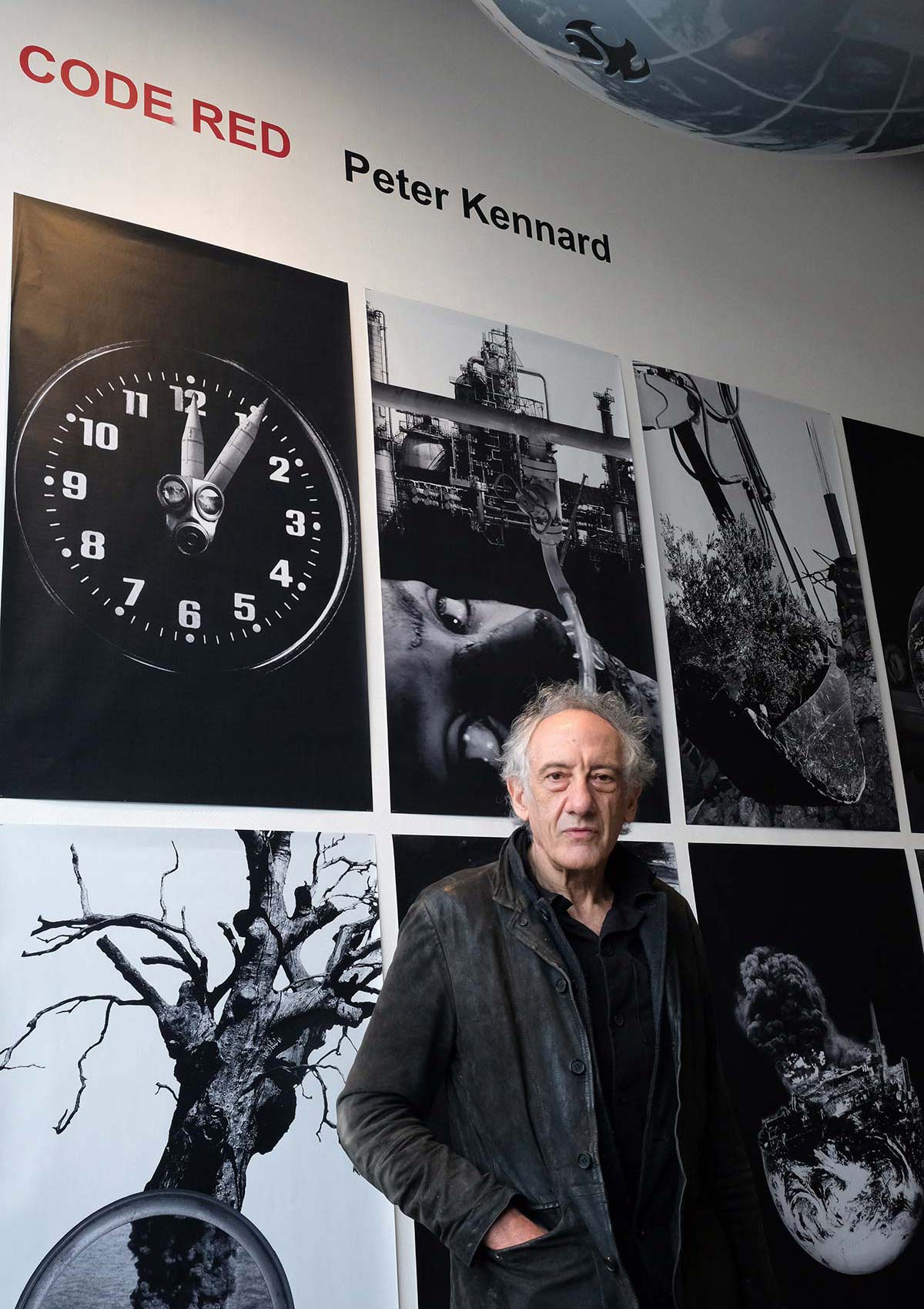 Peter Kennard is one of Britain’s foremost political artists and has spent over fifty years creating uncompromising and hard-hitting protest art. He is Professor of Political Art at the Royal College of Art and he is the author of Images for End of Century: Photomontage Equations (Pluto, 1999). Since then, he has published numerous art monographs, and contributed his visuals to publications, magazines and news stories in the press. Peter Kennard: Visual Dissent (Pluto, 2019) showcases key images from his work over the last fifty years.

You’ve been making art and visual activist works since the 1960s – what’s the most progressive changes you’ve seen in that time?

Socio-politically it feels like the world, the state of emergency we’re experiencing is heating up. When I started work there was more hope, more ways of working informally, more ways to live (squatting, communes, informal housing co-ops) and education as well, all of it was more accessible. Now, from the education system to the political system… Everything seems more corporate.

I’m not saying it’s all doom and gloom. With internet communication there’s a space now for dissident voices whereas in the mainstream press there’s almost no space for that at all.

There’s obviously been some changes in art world. It’s opening up in terms of showing black artists, women artists and queer artists. There’s also a greatly enhanced awareness, young curators are consistently challenging hitherto unquestioned assumptions and practices in the art world. The white male view of the canon has been exploded.

Of course, because of the state we’re living in artists are more concerned with reality, social, economic and political realities. I’ve noticed how much that has impacted on students and their work today.

And the other thing is the rise of street art. The democratising effect of siting work in public spaces has been significant. 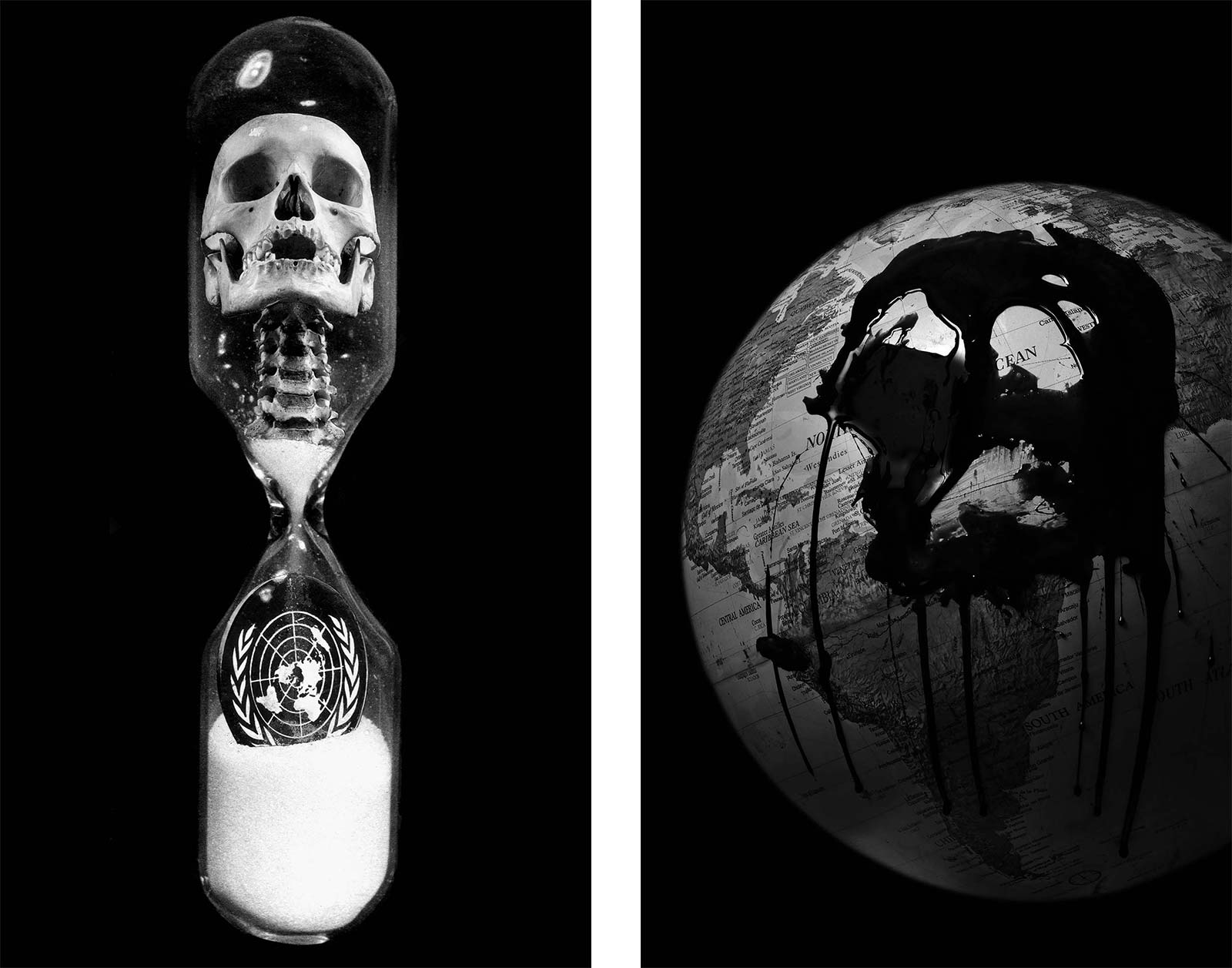 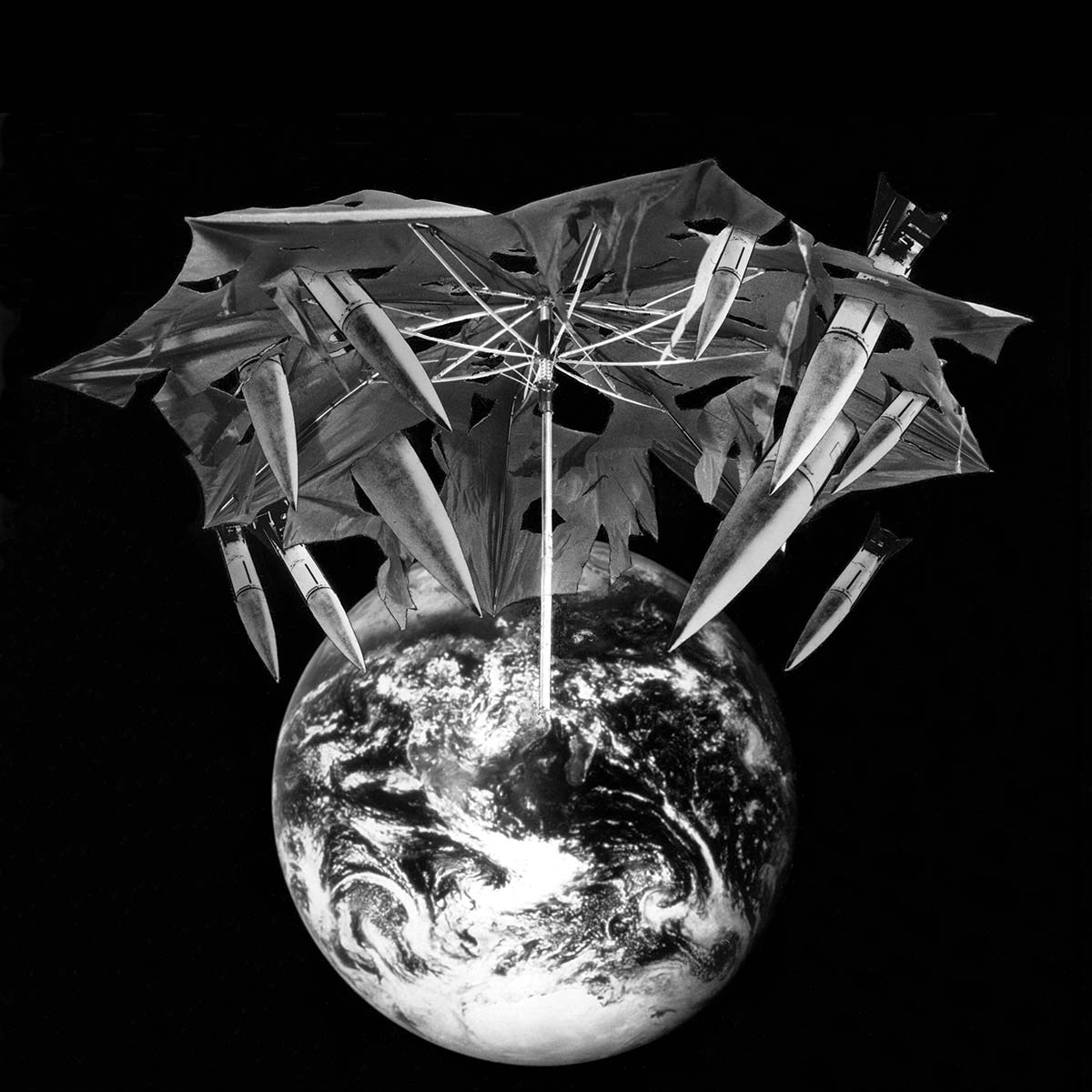 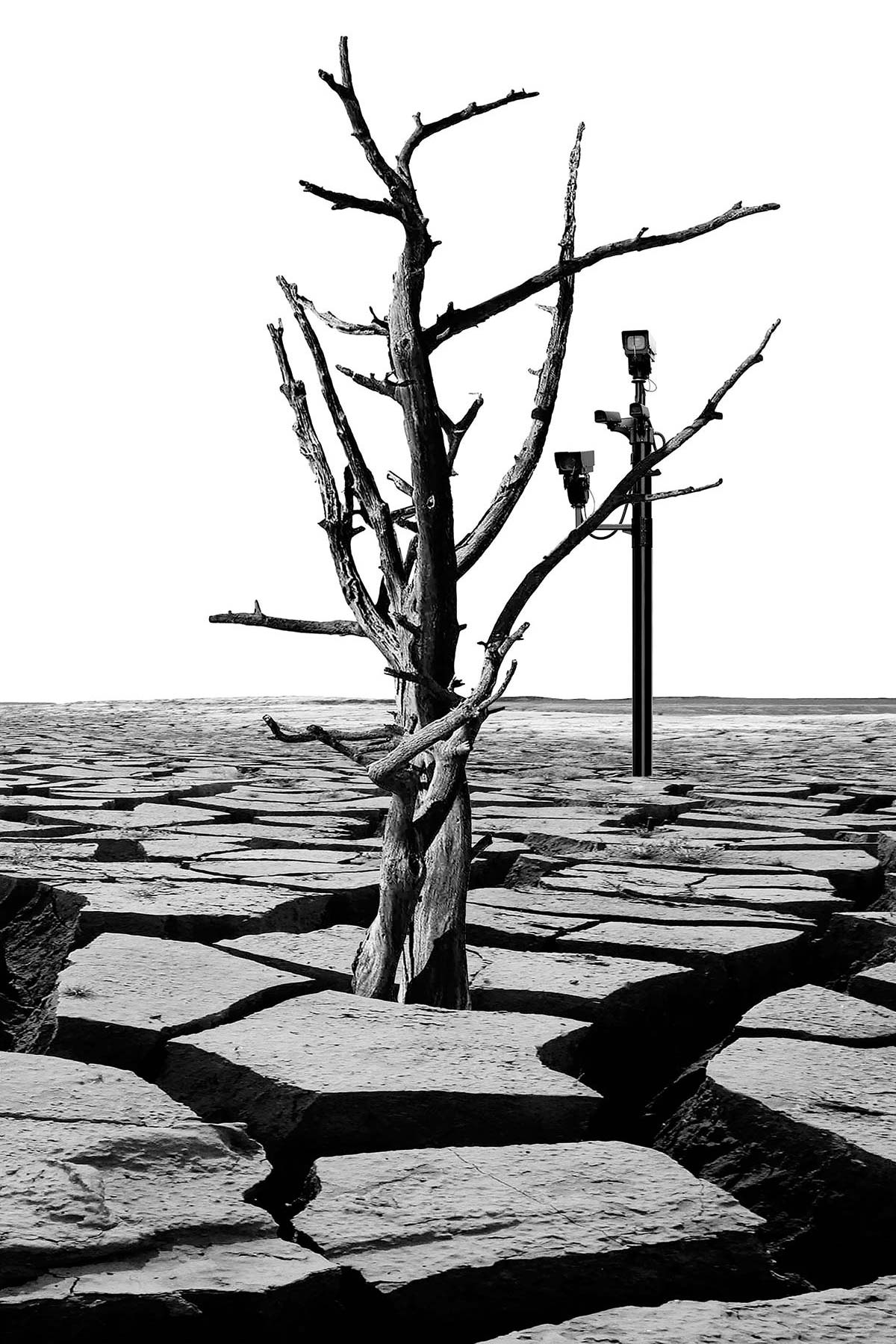 We know that the concept of and proposed actions for reaching net-zero by 2050 are spurious. It strikes me that the economy of your photomontages suggest a much needed sense of urgency… Is activism and activist art going to successfully speed up government responses, public responses to the climate crisis?

The work I do doesn’t change the world in itself but allied to movements and activism it becomes a visual arm of the movement. That’s useful in developing especially young people’s ideas. My work isn’t propaganda – it doesn’t seek to tell people what to do – it brings together images people may already be aware of but the new combinations and compositions encourage critical thinking. Especially in the face of increasing corporatisation of our streets, critical voices on the street are an important antidote to commercial communications.

I was pleased for the Glasgow CODE RED installation to be sited not in a closed gallery space but somewhere many more people will get to see the work.

Similarly, I liked showing in the Imperial War Museum, because kids would come in to see missiles, tanks and planes, etc. but then at the top of the museum space there was my alternative take on conflict. I like all mediums: books, badges, t-shirts, stickers, street posters, etc., they all help to get eyes on the work.

Your imagery often packs a visceral punch. How do you avoid scaring the viewers into thinking that it’s too late, that it’s hopeless in the face of the many – social, ecological, political, etc. – crises that we’re facing?

This is an issue I’ve dealt w. for decades. When I first met with CND the committees would say ‘Don’t make it too heavy’, ‘We need rainbows’ or ‘What about showing the positive sides of a post nuclear world?’ But all that, to my mind, was a utopian point of view. My work shows people how the world is now and encourages action.

One of the effects of the internet is that people are used to scrolling on. Images can come in and out public consciousness. By bringing new and old work into a new arrangement and put them into a different context, they can be seen afresh.

I use iconic imagery that gets through to everyone – it might mean that the image is read fairly easily but I accept that with certain works. There’s a whole other aspect to my artwork that is much more layered, more engaged with materials, etc. 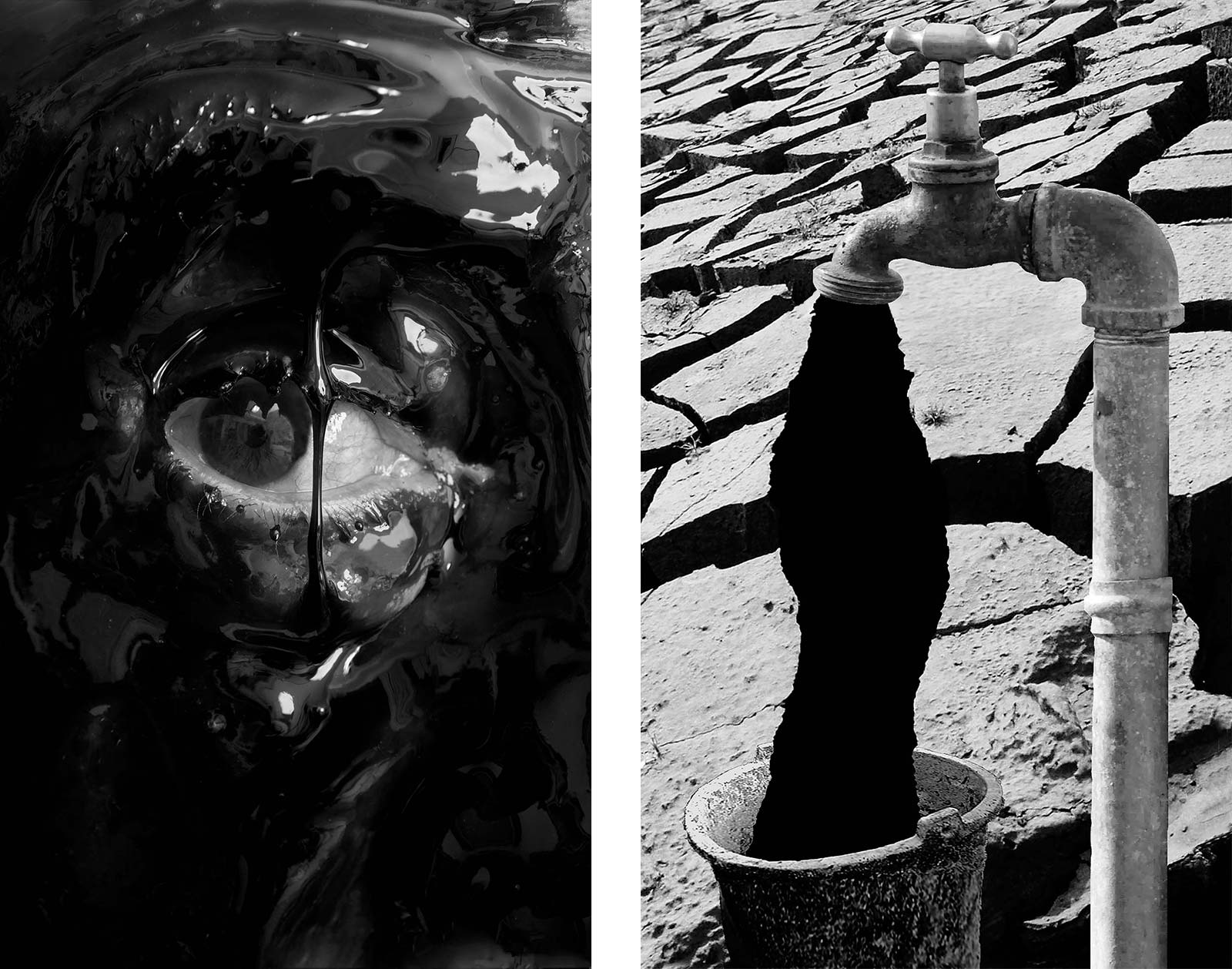 Like the political philosopher Hannah Arendt you believe education is about renewing world views, introducing disparate artists and thinkers, past and present who contribute to critical engagement with the world…

Yes, Hannah Arendt looked at the world as it is – so her work isn’t systematic, it’s about encountering the world – which is what I’ve tried to do. It’s not based on a utopian idea of the world but an attempt to confront the world as it is, facing up to wrong in the world. Attempting to get to the truth and challenge non-thinking or people believing in lies. And, of course, there’s a lot of that about at the moment. Arendt fought the populism that seeks to harness non-thinking people, that slippery path to totalitarianism.

And teaching has run in parallel with your art practice and activism for many years?

At the very beginning to make money I started to do some commercial graphic work, but I soon realised you have to spend just as much time on stuff you don’t believe in as stuff you do. So teaching was a very satisfying way of sharing knowledge – bringing in poetry, film, literature as well as visual art – a lot of art teaching today is hooked on theory that is removed from everyday life. I think the best teaching widens perspectives productively.

Teaching is great because you are sharing ideas but you’re also getting ideas. With art teaching it’s a spark and you can’t legislate how the sparks will fly. It’s not about achieving marks out of 100. It’s about generating ideas and work… That’s what’s really important. 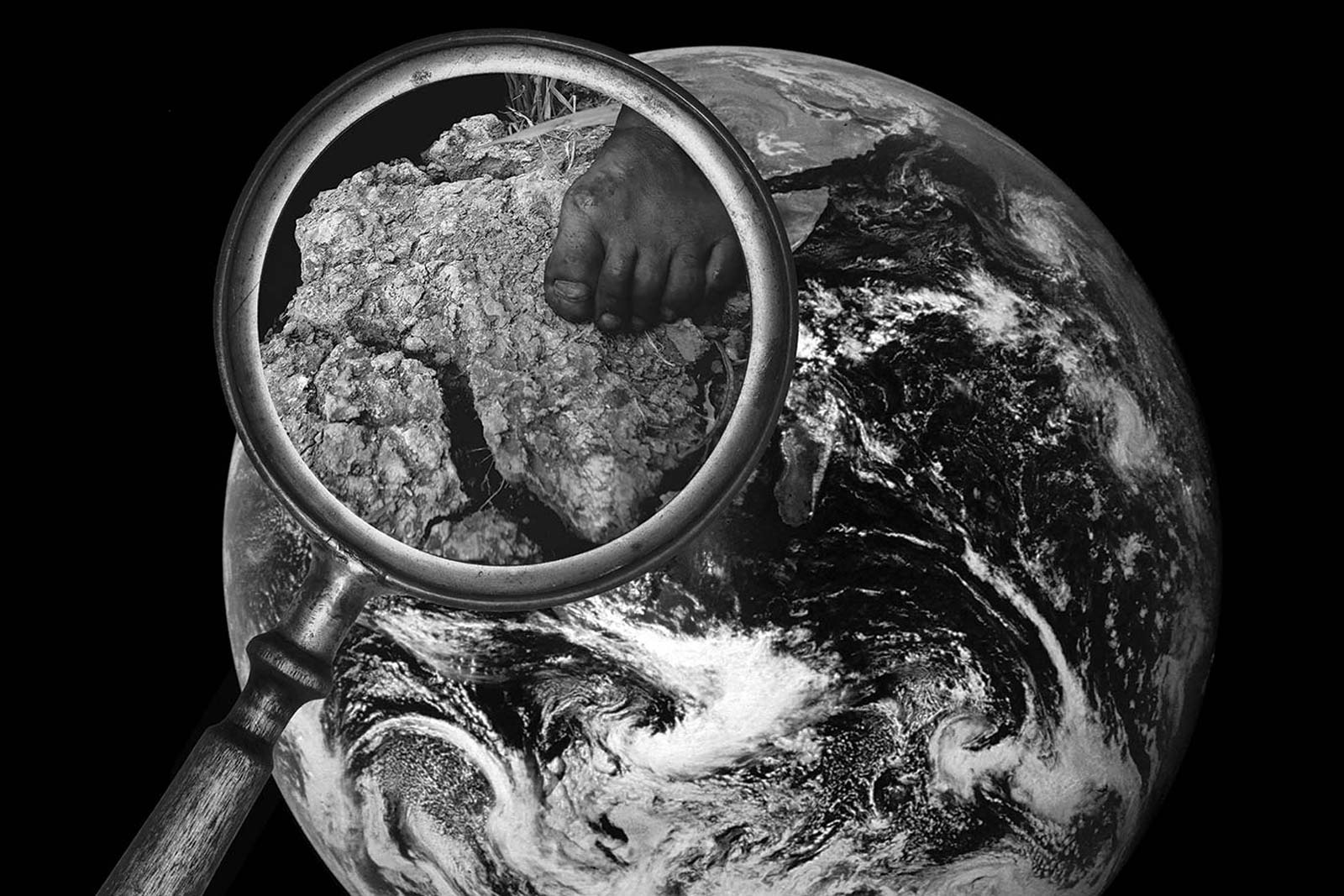 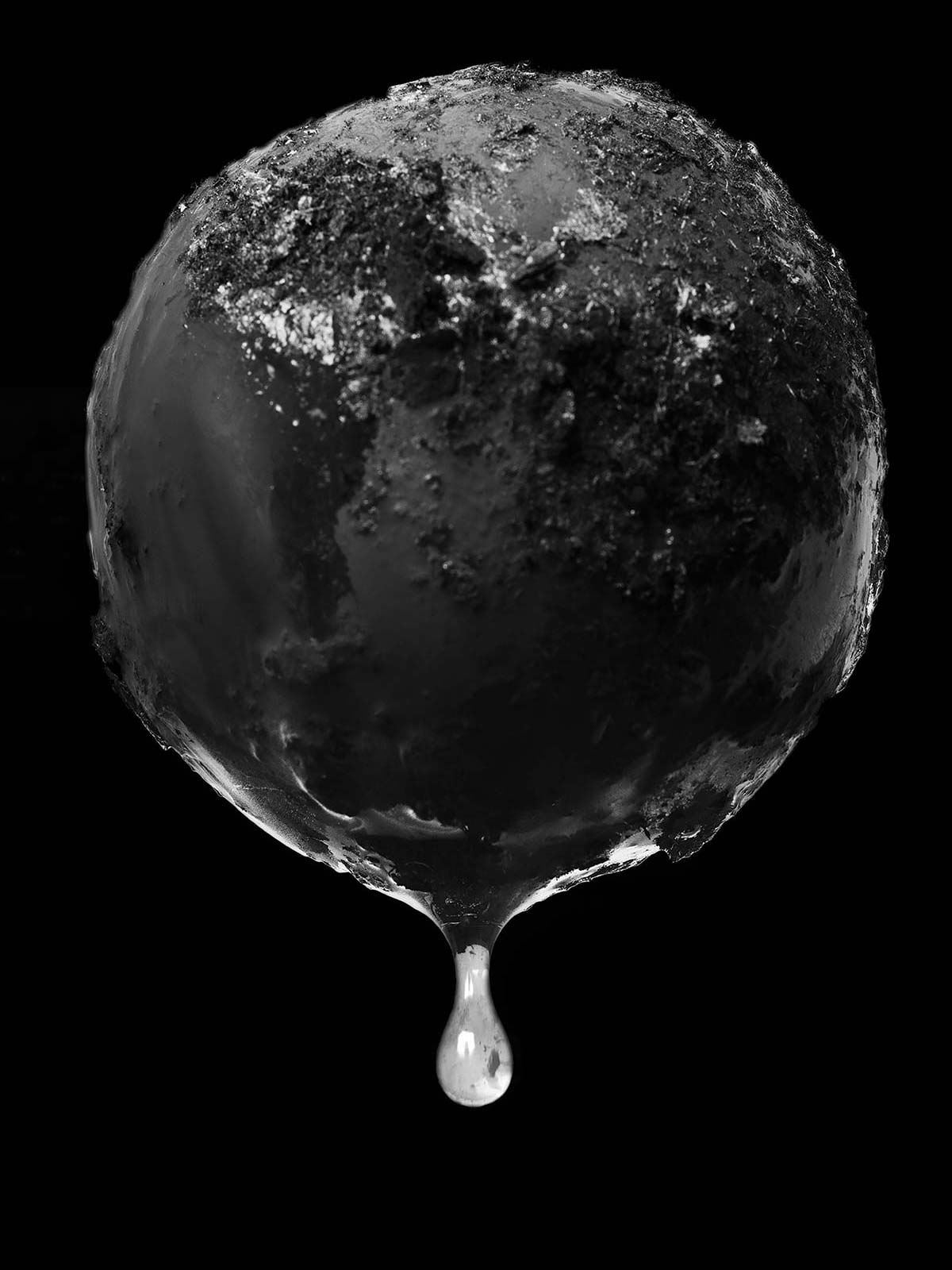 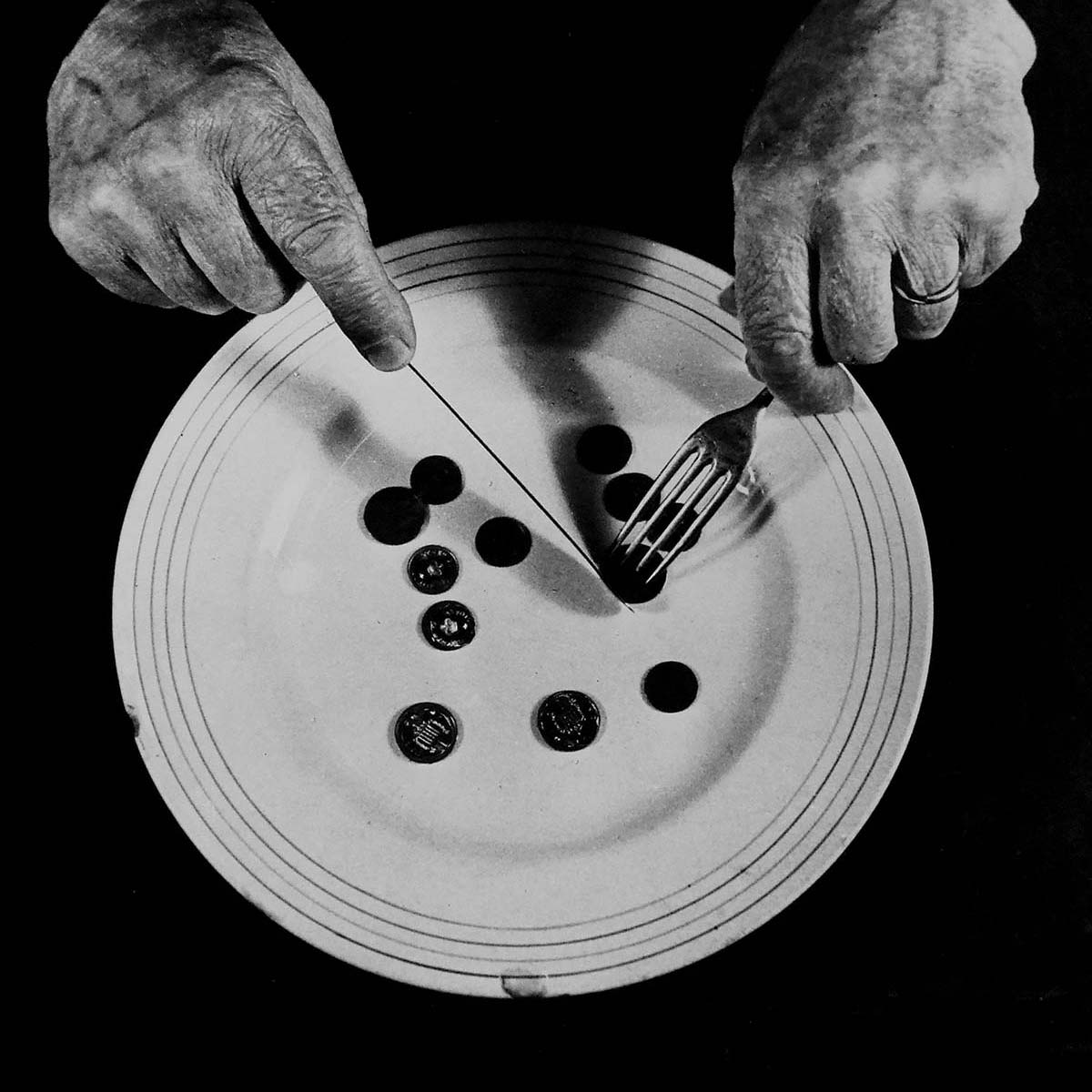 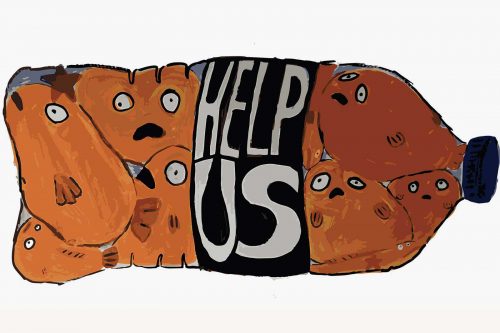